Seznam.cz succeeded in the ERDC

A team of researchers from Seznam.cz participated in both tracks of the Entity Recognition and Disambiguation Challenge 2014 hosted as a part of this year´s SIGIR. There were 28 teams from all over the word in the Challenge, 8 of them participated in both tracks such as Seznam.cz did. The Seznam.cz team was awarded a second prize in both of these tracks. Thus succeeded to prove its ability to link people, places, etc. listed in Freebase to their references in queries.

The objective of the ERD Challenge organized by Microsoft, Yahoo!, and Google was to initiate new approaches to the problem of entity linking. Entity linking (linking people, places, etc. to their reference in query) is a very important part for semantic full text search. When applied, it improves the quality of the full text search as it helps to recognize for example people´s names in on-line documents as well as in queries. Modern search engines need to understand not only the content of web documents but also the context in which the users might have in mind when placing their query.

Being so important part of the search, it is not a trivial one. ERDC participating teams were to develop systems that recognize mentions of entities in a given text. The context in which these words occurred must have been recognized as well as the non-relevant options had to be removed. All the entities (terms) had also to be mapped to a given entity collection. Let us take the example of “Paris Hilton” query. The search engine has to separate the query in two words, and cannot account only for one of them to be right. Thus giving the answer “Paris” as a city would not be correct in this context.

The ERD Challenge tested the teams in entity recognition in queries as well as in on-line documents. To find out more about the entity linking and the tasks the team had to deal with in the ERDC and the issues connected to these tasks, please see the post on our Full Text Blog, or go directly to the paper presented at the ERD Challenge 2014. 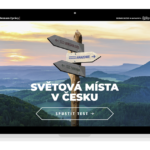 Buying with visibility in an open auction