Whether you are introducing your brand, a new product, acquiring new customers or reactivating existing ones, Seznam offers exactly the right platform right for you, offering terrestrial television, through its own video platform, radio, and print to the best online space in the Czech market. Reach as many as 2.5 million TV viewers with a suitably selected spot and you can get the required frequency, for example, by video advertising on the websites of Seznam and partners.

Cross-media campaigns have never been simpler!

Don’t rely on a single form of media. Diversify!

Today, the typical Seznam user moves across various media, various platforms and devices throughout the day and in their typical week. They may get their news from portals such as Seznam Zprávy or Novinky.cz, and from TV Seznam or from Expres FM radio.

The typical user seamlessly switches from a mobile phone to PC, and from PC to TV. 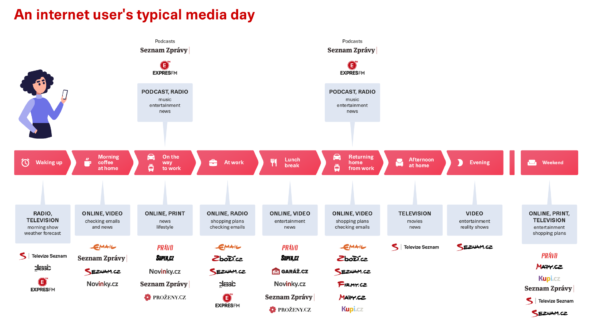 A media campaign should reflect these habits and try to reach users where they are at any particular time with a message that respects the character of the medium.

Seznam.cz offers each client advertising formats suitable for any type of campaign – whether it be brand-building, presenting a product or driving sales. With our cost-effective bundles, you can combine advertising on TV Seznam with online advertising or even radio advertising.

The content of Seznam’s television platform targets viewers aged 25-55 who are educated to secondary or degree level, economically active and living in medium and large cities and who are interested in politics and current affairs. With our advertising bundle of 480 spots, you will reach up to 870,000 viewers a month. If you combine this with other ad formats, you can significantly increase your reach:

If you decide to include advertising spots on the Expres FM and Classic Praha radios in your media mix, you will expand your unique reach by 100,000 listeners a week.

The production of a video spot does not have to be a dealbreaker: see examples of videos produced by Seznam.

Televize Seznam launched in January 2018, primarily as a news channel. However, a year ago it revamped its programming and today it is a full-format station that offers programs for children, news, features, entertainment and movies. The new programming has more than doubled the channel’s audience. 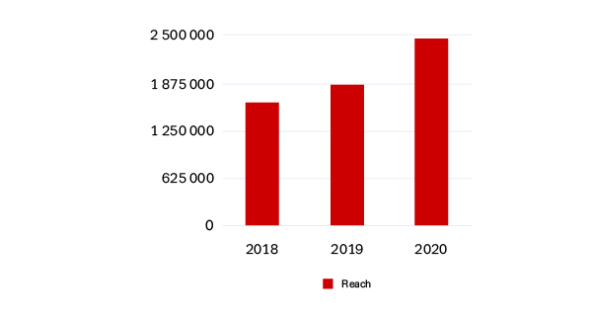 The current programming leans towards entertainment. The evenings belong to Scandinavian and British series or Czech feature films and animated films. A cooking and a motoring show were added to the roster recently. Of course, there are also in-house productions along with news, business and politics. Televize Seznam is available in DVB-T2 in the HD format throughout the Czech Republic, and 2.5 million households have it tuned in.

The Seznam homepage reach is comparable to television

While television is still the strongest medium with a 46% share of the advertising market, online advertising already accounts for 27.5%, which represents CZK 34.4 billion.

The Seznam.cz homepage is still the biggest asset on the Czech internet.  According to NetMonitor, it is visited by up to 7 million real users monthly, who generate a total of 2-3 billion views per month. And through its video formats such as HP Exclusiv or HP TV, it can reach up to 6 million users. This is a reach comparable with that of the most popular TV stations. 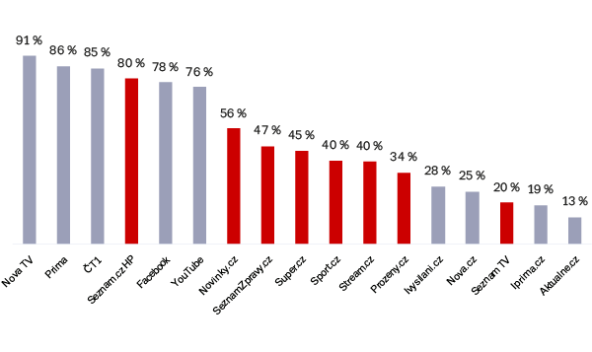 Seznam also offers print for your cross-media campaigns. Thanks to Seznam’s cooperation with Borgis, you can also increase the impact of your advertising campaigns through Deník Právo. Its average daily print volume is 66,000 copies and its average number of 227,000 readers ranks it among the TOP 3 most read national newspapers in the Czech Republic. Its strongest readership is in the educated 40+ demographic. 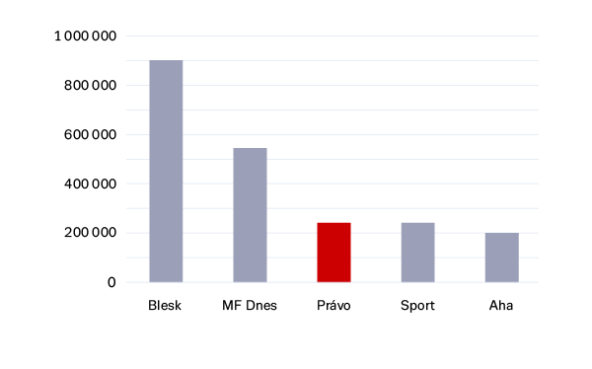 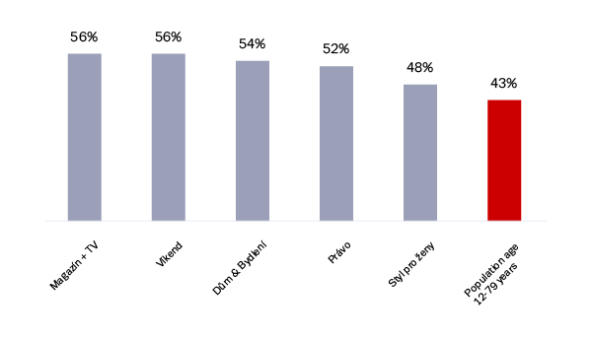