On Friday 12 January Seznam.cz will launch its own television broadcasting

On Friday, 12 January, the Czech internet leader Seznam.cz will launch Televize Seznam [Seznam Television]. People can tune in to the classic television in the broadband multiplex 3 of Czech Radiocommunications, as well as for all main providers of cable, satellite, and IPTV broadcasting. Televize Seznam will offer high-quality information and entertainment, and seeks to build its programming around original content from Czech creators.

Televize Seznam will reach 100% of the territory of the Czech Republic via the terrestrial broadcasting of Czech Radiotelecommunications. Approximately 2,100,000 households will then be able to watch through partner providers such as UPC, Skylink, O2 TV, DigiTV, T-Mobile TV, and fifteen others. O2 TV subscribers will also be the first to have access to the archive of Stream.cz.

“What led us to launch our own television channel was the fact that we produce a wide range of high-quality video content at Seznam. In addition to Seznam Zpráv [Seznam News] and Stream.cz we are adding another platform where people can watch it,” says Pavel Zima, Vice Chair of the Board of Directors and Director for Executive and Communications of Seznam.cz. He also added that: “We first began considering having our own television channel in summer of last year. Despite half a year of hard and grueling work, we still know there is room for improvement. But we don’t want to keep broadcasting “to the wall” for another year when we know that the quality of our content is already on a level where we can already release it to viewers.”

Throughout the entire day Televize Seznam will offer a combined stream of current news coverage and original programming. “We’ve placed our bets on original Czech content that viewers can only find with us,” explains Jakub Unger, Director of News and TV, adding: “The format of our television station differs from the traditional news TV model; in a given program live interactive studies alternate with high-quality in-depth stories, phenomena, and issues as part of long-form programming.” Every day from 6:00 pm Televize Seznam offers analytical Večerní zprávy [Evening News], the political/economic Duel, and magazine-format programming on current events in sports and the world of celebrities. Evening prime time will be filled with premieres of programs from the Seznam workshop. Monday belongs to personalities, Tuesday to issues and reporting, Wednesday to specific programs with viewers. On Thursday the station will focus on business and data analysis, Friday stories of the rich and famous. Over the weekend viewers can look forward to entertaining programs and series from the studios of Stream.cz.

The programming will be led by a number of familiar faces. Olga Šípková will be one of the hosts of the daily lifestyle studio Ráno na gauči [Morning on the Couch], Filip Horký and Jiří Hošek will offer unique reporting probes into life in Czechia and around the world. New programs will be presented by Sabina Slonková, Helena Šulcová, Tereza Willoughby, and sports expert Luděk Mádl. The television station will also bring a new format to successful video programming from the website Seznam Zprávy, such as the investigative reporting of Zvláštní vyšetřování [Special Investigation] by the directing duo Vít Klusák-Filip Remunda, evening interviews from the cycle Výzva [Challenge], and the satirical show by Jindřich Šídlo, Šťastné pondělí [Happy Monday].

The modified HbbTV application will also operate in terrestrial broadcasting, where people can find selected Seznam Zpráv programs as well as Stream.cz series and programs.

Televize Seznam is appealing to advertisers, featuring commercials from with 14 different brands right from the start

The new television channel is proving attractive to media buyers. The ones who have reserved advertising space in the Seznam broadcasts include Plzeňský Prazdroj, Česká Spořitelna, and KKCG. “It is not our ambition to sustain the new Televize Seznam from ad revenue right in its first year of operation. For us the interest of advertisers and agencies is a very good signal confirming the faith of the market in Seznam and its products,” says Seznam.cz Sales Director Martin Švarc, who adds: “We are entering the TV segment with the appropriate respect, which we balance with a great desire to innovate this market. Our first steps in the new environment included collaborating with agencies on ‘cross-media’ planning.” 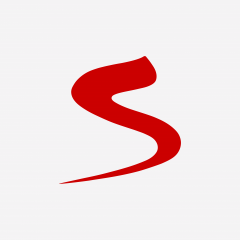 Seznam.cz has extended its Board of Directors to five members 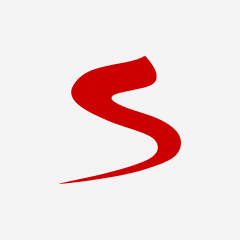 The Czech internet leader, Seznam.cz, generated a pre-tax profit of CZK 1.961 billion in 2021. This is an increase by more than 22% year-on-year. Revenues rose by 13.3% to almost CZK 5.604 billion compared to the year 2020. The good results were driven by high traffic on the homepage, selected content services and the shopping …