Outstream from Seznam is neither banner nor instream advertising. It’s a unique format that complements the campaign media mix and combines the benefits of video advertising with great reach. But how do we set it up for the best advantage and so that the campaign delivers the expected results?

The main advantage of Outstream is its great reach, which is not limited by the content of the video. It figures that Outstream should be part of any video campaign that aims to achieve the maximum reach in a given target group. It is served alongside standard content in the visual space. On the desktop it has its own dedicated position within the article and not on the sides, which is what distinguishes it from banners. On mobile, it appears in a prominent position just below the perex – as a 16:9 video, 1:1 video, 9:16 vertical video, or as a native ad in feeds. This contributes not only to the high visibility of the format, but also to the fact that the user simply cannot miss the ad.

Outstream is also more affordable compared to Instream – making it suitable for every client, even those with smaller budgets. Combined with engagement, it works out great for cost per user reached. But don’t be fooled, even though it’s less production intensive, it certainly doesn’t mean that less attention should be paid to the creative concept.

How to make Outstream

Remember, a video gets more attention than a banner. It helps to tell a story and convey an emotion. We recommend putting the main message right at the beginning, so your Outstream ad grabs attention in the first few seconds. Also think about dynamic editing in order to maintain the viewer’s attention. Last but not least, text elements. Sound is a given, but subtitles are really helpful. After all, the video starts without sound, so it’s important to always keep this in mind when you design your creative concept and, as you no doubt already know, in today’s mobile age ads need to be easy to read on mobile devices. 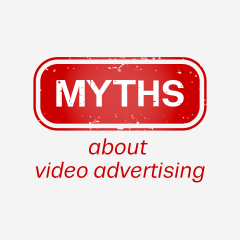 Do you think effective video advertising costs hundreds of thousands? The opposite is true. Both the production and distribution can be surprisingly inexpensive. We’ll tell you how. Production does not have to be expensive Probably the biggest worry regarding video advertising is the cost of production. Of course, the amounts can reach the high thousands, … 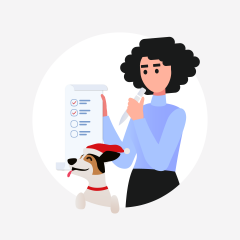 And here it is again! Christmas is fast approaching and with it, the chance to make the most of Sklik campaigns. Don’t underestimate preparations, and Santa will bring you even more conversions. Join us for this year’s tips on how to tweak Sklik campaigns to perfection! 1. Retargeting (RTG) to e-mail addresses Do you have …

Seasonal tips: Summer holidays by the sea in 2022

After several pandemic seasons that weren’t conducive to travel abroad, this year things look very promising! According to the travel agencies we’ve talked to, there’s a high degree of interest among Czechs in a holiday by the sea – despite rising inflation and the need to make savings in other areas. Let’s take a closer …